Brick is currently available to juniors only and is held at Parramatta Park (see map opposite).

Brick will be run on the following dates for juniors:

You can also attend the Sunday brick sessions, held every week and is run by OneBody. Please check their website for further details.

Check out our full training and race timetable by visiting our calendar. 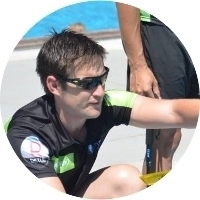 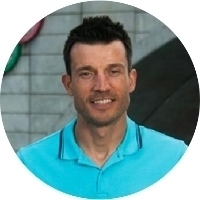 Emir is a personal coach with a difference. One day you’ll find him in the international sports arena, coaching an elite athlete or training for high level competition himself; The next he’ll be back in a suburban park, helping mums and dads to get fit. With a Bachelor of Science in Physical Education and the Triathlon Level 1 Training Course qualifications, Emir is highly equipped to coach you to your next level of fitness or condition you for the highest levels of competition.

Whatever your sport – be it swimming, biking, running, kayaking, whitewater or multisports – Emir is right there beside you. He coaches not from the sidelines but beside you on the track – giving you tips, motivation and improving your technique while you train.

As a world class athlete himself, Emir is passionate about working with high performance clients – elite sports people striving for their competition goals and helping them to reach their highest levels of strength and condition. Emir competed at the Beijing Olympics in 2008, was whitewater kayaking world champion, and currently competes for Australia on the National Triathlon Age Team. He continues to keep himself in peak physical condition in order to train side by side with top level competitors.

Yet he is equally comfortable leading bootcamps alongside recreational sports people, and helping individuals of all levels who simply want to lose weight or improve their fitness.